AfriKo presents the first of this kind comparative overview of Lithuanian and Estonian foreign policies towards Africa with the intention of setting the stage for broader discussions on the role of small states in a  globalised world and perspectives of the Baltics as a new actor in the region.

Building on a research framework of Dr. Stefan Cibian’s paper “Central and Eastern Europe and Sub-Saharan Africa: Prospects for Sustained Re-engagement” this analysis aims to better understand the on-going intensification of Baltic-African engagements in areas of bilateral and multilateral political relations, military presence, development cooperation and economic diplomacy. Data for the study was collected in October and December 2018 and includes interview material gathered while talking with experts, diplomats, policy-makers, representatives of the private sector and civil society both in Lithuania and Estonia.

The fieldwork also included a research mission to Tallinn, where AfriKo’s researcher Lukas Ivanauskas not only gathered valuable information, but also tried to facilitate a deeper collaboration between the two Baltic countries by inviting representatives from Estonian Ministry of Foreign Affairs to discuss Baltic-African relations in Vilnius.

In June 2019, AfriKo’s presentation “Baltic states in Africa: North-South, South-South or what?”, largely based on this policy overview, was given at the panel “Towards new hegemonies? The role of new actors in African development cooperation?,” organised by the biennial European Conference on African Studies in Edinburgh (Scotland).

Currently, the policy overview with recommendations to Lithuanian and Estonian policy makers is undergoing the final review round and will be made public in due time, so stay tuned! 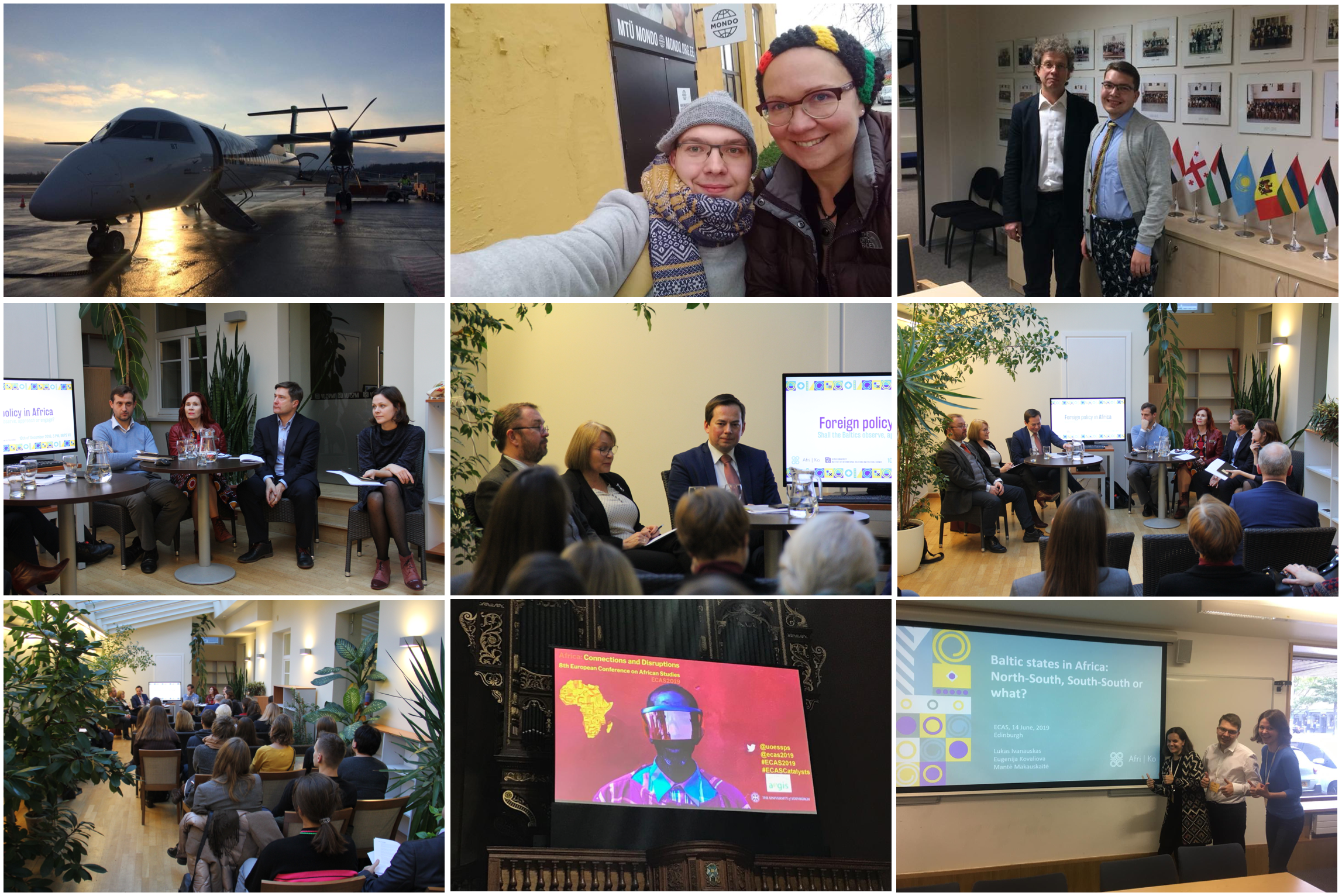